How to Recognise Autism

Autism is a disorder that affects the capability of an individual of understanding and interacting with their social environment. The condition can have a serious impact on the person’s capability of developing normal social interactions and relationships.

In the last years, it has become increasingly clear that an early recognition of autism improves outcomes by allowing an immediate intervention during the child’s developmental processes. Current research supports the importance of early diagnosis (around 18 months) as a means of obtaining better results in therapy. However, still today in many cases a diagnosis are unfortunately still not made until a much later stage, at 3 or even 4 years of age. Here you can find a guide to help you recognize the signs of autism.

Autism is a serious neurodevelopmental disorder that affects approximately 1 every 100 children in the UK.

Despite the different clinical manifestations with which they occur, the typical characteristics of ASDs can be summarized as follows:
1- Deficits in communication and social interaction
2- Restricted and repetitive behaviors and interests.

Together with these basic symptoms, individuals affected by autism can also show, to a greater or lesser extent, sensory issues, sleep and nutrition problems, motor impairment, unbalances in cognitive abilities, lack in personal and social autonomy, self-harm and aggressive behaviour. Furthermore, autistic individuals have a strongly compromised ability to get in touch with others, to perceive their needs, expectations and moods.

What are the signs of an Autism Spectrum Disorder?

The individual characteristics of each autistic person can be very different. However there are areas in which the disorder occurs and which help define what is now increasingly called a form of “neurodiversity”:

– sensory alterations: little sensitivity or hypersensitivity to different kinds of stimuli that can cause defence behaviours or resorting to sensory stimuli;

– anxiety and abnormal emotional response: abnormal manifestations of emotions, difficulty or inability to recognise emotions in others and adapt behaviour accordingly;

– lack in executive functioning skills: they concern the ability to plan, organise and change behaviour based on context and circumstances, and possible inadequate responses;

– altered attention: difficulty in changing the object of attention and one’s actions and routines, in dealing with changes, and in moving from one activity to another.

Autism spectrum disorder can also be associated with:

Autistic children exhibit isolation, passivity, or petulance. They treat people and things in the same way. They cannot show concerns for other individuals’ emotions, or understand their state of mind.
This social ability, which is the basis of emotional intelligence, is defined as “theory of mind”. It consists in the ability to imagine how other individuals feel in certain situations, perceiving what they feel, think and wish.
Basically, it is the ability to understand other people’s or ones’ own state of mind and intuitively assume what people think in a given situation, so as to be able to predict their behaviour. The theory of mind does not appear to depend on general cognitive abilities but appears as a distinct aspect of human cognition.

It would seem that the origin of the theory of mind is the result of millions of years of human evolution and it is a unique characteristic of our species. The development of this skill would lie in the evolutionary advantage of recognising a fellow man’s emotions of fear or anger, which provide the advantage of being able to save one’s self from potential danger.

A special circuit has been identified in the human brain, that processes information from social interactions. It is called the social brain and includes specific areas including the medial prefrontal cortex, the temporoparietal junction, the anterior cingulate, the insula and the amygdala.
These areas are specifically activated when subjects try to recognise thoughts and feelings of other individuals, and they have been shown to be scarcely activated in autistic individuals.

When does the Theory of Mind Develop?

The theory of mind normally appears after the second year of age. Initial signs of the development of the theory of mind include the child’s capability of looking in the direction where you are pointing and in their playful activities. For example, it can be observed when a child plays “pretend” games where they are a firefighter who is turning off a fire or a mother who is feeding and cradling their baby doll. By the age of 4, children will have already developed an explicit theory of mind, and they can therefore understand what other people feel in certain situations. These signs of the development of the theory of mind are missing both in autistic children and in those affected by Asperger’s syndrome, who do not have any impairment in their verbal communication capabilities and have a normal or above-average IQ. 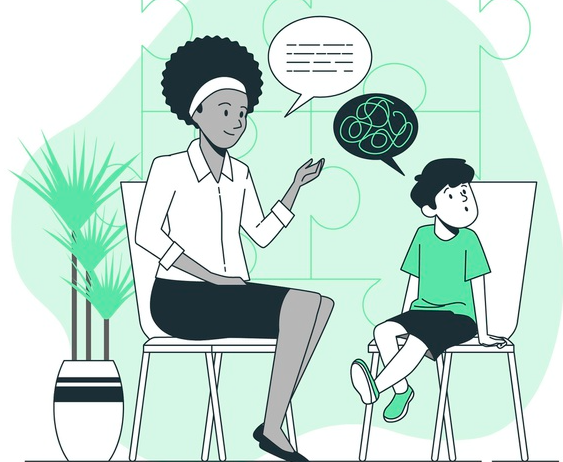 What are the Signs of Autism?

The first signs of autism spectrum disorders can usually be noticed at around 13-14 months of age when you might notice that a child tends to avoid eye contact and does not pay attention to what has attracted other people’s interest. Other signs that might appear include a limition and restriction in interests, as well as strongly repetitive and stereotyped behaviour. The obervation and picking up of these signs is important for an early diagnosis and for a timely intervention.

At the age of 2, unlike their peers, autistic children do not understand that in an acting game they are only pretending to perform an action, and that this is not real.
At the age of 4, they won’t be able to understand a lie or a deception, in fact all children with autism spectrum disorders believe that everyone is always telling the truth and may be shocked by the idea that others might say different things than they think.
At 9 years old, children will usually understand what could offend another person’s feelings and know what it is best not to say, unlike autistic children who will usually not be able to develop this skill for another 3 years. At around the same age, children also start understanding how to interpret another person’s facial expressions and understand what they think and feel at that moment. Children affected by autism and Asperger’s syndrome, fail in this task even as adults.

This explains why, without a theory of mind, autistic individuals are bewildered by the behaviour of others and often see them as either threatening or inexplicable. The consequence is that the autistic child withdraws into himself, avoiding a social environment that he does not understand, and that generates a sense of confusion, loss and disorientation.

Early signs of autism can usually be seen between 18 and 36 months of age. Autistic children:

At a later stage, your should be evaluate the possibility of having the child assessed for possible autism if you see they:

Critical behaviors may include:

It is important to remember that a diagnosis can be difficult because there is no specific medical test, such as a blood test, that can diagnose autism. the diagnosis is base on the careful observation of the child’s behaviour.

A comprehensive assessment must be carried out before a diagnosis is made, and it will need to include:

Who is Involved in the Diagnosis of Authism?

Given the variability of the characteristics of autism and the similarity of some of these to other conditions (for example developmental delays, language delays, hyperactivity, depression, etc.) a true diagnosis usually requires the involvment of a team of professionals with specific training and experience, such as psychologists, neuropsychiatrists, speech therapists and teachers. 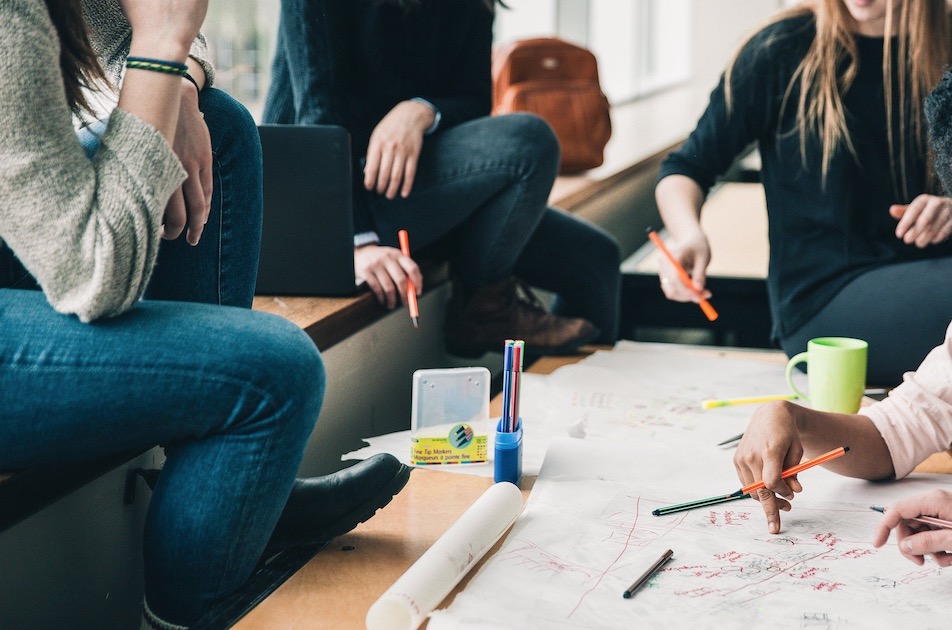 How do you Treat Authism?

When supporting a person affected by autism, the first thing to remember is that autism is a condition that brings with it difficulties, more or less severe, but it is also a different way of looking at things, and a great inclusion, educational and human challenge.
The participation of all becomes a necessity and a creative stimulus, because there are so many ways of being, and so many different forms of intelligence, and the world needs all of them.

If it is true that autism cannot be completely cured, it is also true that an early, global, evidence-based intervention that respects the person’s wishes and individuality, makes the difference and allows significant improvements and an increase in the level of quality of life of those affected and their family and social circle.

There are many types of treatments available. These include applied behavior analysis, social skills training, occupational therapy, physical therapy, speech and language therapy, sensory integration therapy, and the use of assistive technology. Therapeutic intervention in autism always needs to take into consideration each child’s spcific capabilities and limitations. For example, some children affected by autism have excellent discrimination and visual analysis skills, and these can be successfully exploited in school and teaching activities, to promote learning.

What should always be kept in mind is that the approach cannot be limited to spot interventions, but needs to be a continuous support plan that includes care not only for the autistic person, but also takes into consideration all the people and resources that revolve around them.

Early diagnosis is important because young children with autism are taught early the skills needed to reach their full potential, when brain plasticity is more pronounced and consequently the impact of therapy is much more comprehensive.
Research has shown that children who receive the necessary education and support during key developmental stages have a higher probability of achieving essential social skills and a better integration into society. This will increase their possibilities of having a better life.

Medelit’ team of highly specialized psychologists and speech and language therapists who provide qualified assistance in the diagnosis and support of  both children and adults affected by autism spectrum disorders. Our team provides care in the comfort of your home, which is also the best environment for an autistic person, as it is familiar and allows a better understanding of their interaction with the world and people around them. 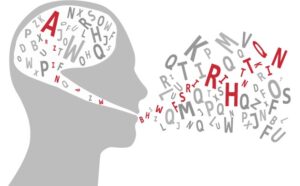 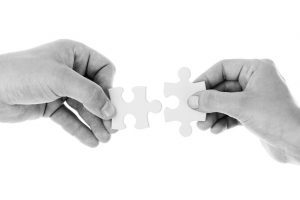 Shereen Webley
2020-09-22T13:46:20+0000
The speech therapist who visited me at home was very attentive, patience and positive. She had time to address all of my questions and give me much needed guidance. Very pleased with the service and... would highly recommend. Thanks, From a pleased mother.read more

by Ba on Medelit UK

The service is good and organized very well to my son's satisfaction.

by Vickram on Medelit UK

Adam was excellent. No complaints

by Mathew on Medelit UK

by Jane on Medelit UK

Can’t tell you how happy I was to find an acupuncturist who could come to my home after I put my back out. All very professional...

by Anonymous on Medelit UK

I am very impressed with the practitioner who is friendly but professional and experienced in her field.

Give Us a Call